Corpse Party, released in Japan as Corpse Party: BloodCovered (コープスパーティー BloodCovered (ブラッドカバー), Kōpusu Pātī BuraddoKabā?), is a survival horror adventure game developed by Team GrisGris for the PC and the inception of the Heavenly Host Saga. It was released in Japan from March 2008 to July 2011. It was localized by XSEED Games under the title Corpse Party and distributed by GOG, Steam, and The Humble Store. It is known under the abbreviation BC in Japan. This game has inspired a manga, drama CDs, and original soundtracks.

While it is mainly a port of the discontinued mobile version, Corpse Party: NewChapter, it is also a reboot of the original CORPSE-PARTY for the NEC PC-9801. Several changes were made from the mobile version, such as enhanced graphics, larger maps, full character art, and voice acting. This game was also remade for the PlayStation Portable and iOS under the title Corpse Party, which was later ported to the Nintendo 3DS, and later again to the Nintendo Switch and PlayStation 4.

Kisaragi Academy student Mayu Suzumoto is transferring to a new high school, leaving behind a sizable group of friends and countless lovely memories. To help her cope with this move, her friend Ayumi has devised a seemingly innocent plan: the whole group will come together to perform a charm she found on the internet called “Sachiko Ever After", which is supposed to bind all of its participants together as friends to the end.

This does not go as expected.

Following an intense earthquake, the group awakens to find themselves separated and trapped in an alternate reality version of Heavenly Host Elementary, a tragedy-stricken institution that once stood on the site of their own school but was torn down long ago. Here, the vengeful spirits of elementary-aged children threaten their lives and their sanity, and the only hope of escape – much less survival – is to uncover the chilling details surrounding the murders of those trapped before them.

The original Windows edition of the cult classic horror game that gained a considerable fanbase when released on the PSP system in 2011, Corpse Party began life as an independent RPG Maker adventure title in 1996 before being greatly expanded for this 2008 iteration. Featuring more characters, more detailed interactions, darker story elements, over 5,000 lines of Japanese voice-acting from the original indie actors and dozens of shocking, gruesome endings, there's much more to this survival horror adventure title than meets the eye. Players take control of nine main characters and several side characters who've been split up into groups of two or three and trapped in a run-down, otherworldly elementary school full of vengeful spirits, deadly mysteries and corpses. As they walk around examining objects and bodies in an atmospheric 2D environment, a horror tale spanning over 50 years begins to unfold, and player choices determine which of the tale’s dozens of endings is viewed, and who (if anyone) lives to see these horrifying events through to their conclusion.

Corpse Party is a linear survival horror adventure game with some role-playing elements. Players take control of a party of nine characters, consisting of students Satoshi Mochida, Naomi Nakashima, Ayumi Shinozaki, Yoshiki Kishinuma, Yuka Mochida, Seiko Shinohara, Sakutaro Morishige, Mayu Suzumoto and their teacher Yui Shishido. Players are tasked to explore the haunted school grounds, reunite with their classmates and solve the mystery surrounding Heavenly Host. And to fulfill this task, characters must interact with the environment and surroundings such as picking up objects, talking to spirits, inspect documents while avoiding enemy-like entities, particularly the three children spirits.

Unlike other survival horror genres, playable characters are unarmed and are susceptible to many events. This introduces the game mechanic known as wrong endings. Wrong endings are activated when a character perform events irrelevant to the main storyline. As the story progresses, so do the number of possible wrong endings. These endings force players to be wary of their actions and decisions over the course of the game. Characters also possess Hit Points (HP), much like those in role-playing games. It measures how much damage they can take before dying, in two instances where it can lead to a wrong ending.

The majority of the cast of characters are a group of students from Kisaragi Academy, along with their homeroom teacher. The main characters include: 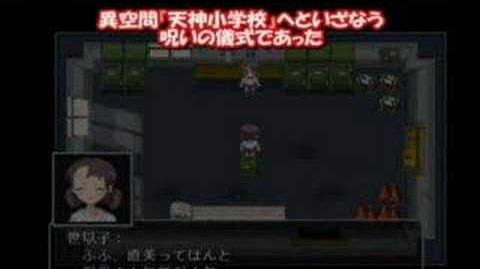 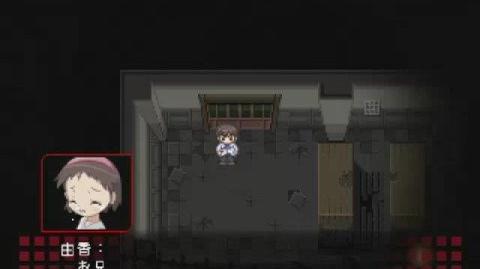 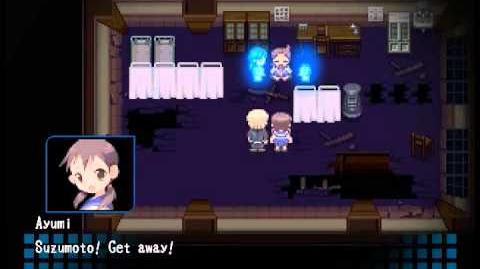 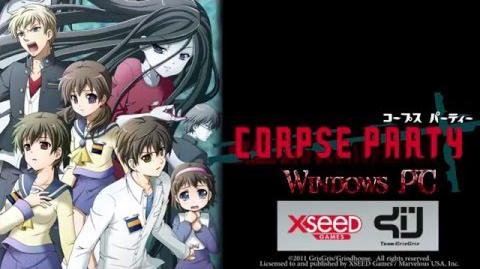 Retrieved from "https://corpseparty.fandom.com/wiki/Corpse_Party_(PC)?oldid=86767"
Community content is available under CC-BY-SA unless otherwise noted.