It is localized by XSEED Games and released on April 10, 2019 for PC on Steam and GOG. It features multiple stories written by various guests writers with supervision from Makoto Kedouin, the creator of the Corpse Party series. It is known under the abbreviation 2U in Japan. The game has inspired a manga adaptation.

Although the Standard Edition (SE) version of the game alone is rated CERO: D, comparable to the ESRB Mature 17+ (M) rating. However the Limited Edition (LE) version is rated CERO: Z, comparable to the ESRB Adults Only 18+ (AO) rating, a first in the Corpse Party series. This is due to the Corpse Party: Missing Footage OVA that comes packaged with it.

The main plot of Sweet Sachiko's Hysteric Birthday Bash takes place during Sachiko Shinozaki's birthday. To celebrate the event, Sachiko wants to play a game with the unfortunate students who wounded up in Heavenly Host Elementary School. The characters are forced to participate in a variety of games and do whatever it takes to entertain her. As Sachiko herself said, "Do a romantic comedy or DIE♥"

The game is divided into nine chapters. All of them have a specific theme that is never repeated again. All of the titles are parodies from popular media or phrases:

The prologue where Sachiko is happy about this special day and how the residents of Heavenly Host congratulate her. The title is a parody of Happy Birthday!

#1; Shame Upon the Battlefield

In the first chapter, Shame Upon the Battlefield (戦場に架ける恥, Senjō ni Kakeru Haji?), Sachiko gathers everyone at the school's auditorium, and gives them the chance to escape from Heavenly Host. The one who wins the obstacle course will be able to leave with the person of their choice. The original Japanese title is a parody of The Bridge on the River Kwai (戦場にかける橋, Senjō ni Kakeru Hashi?).

#2; Stranger in the Spotlight

In the second chapter, Stranger in the Spotlight (テンジン座の怪人, Tenjin-za no Kaijin?, lit. The Phantom of Tenjin), Sachiko now wants to see a play. So she gets Sakutaro, Mayu, Yoshiki, Chihaya Yamase, Nana Ogasawara, Nari Amatoya, Azusa and Ran to help her out as participants in the play. The original Japanese title is a parody of The Phantom of the Opera (オペラ座の怪人, Opera-za no Kaijin?).

In the third chapter, Trans-Bomb Shelter Ultra Quiz (私情最大！地下防空壕縦断ウルトラクイズ, Shijō Saidai! Chika Bōkūgō Jūdan Urutora Kuizu?, lit. My Greatest Feeling! Trans-Underground Bomb Shelter Ultra Quiz), Sachiko prepared a quiz, and Naho Saenoki, Sayaka Ooue, Aiko Niwa, Shougo Taguchi, and Haruyuki Inumaru are going to participate in it. If they manage to get 427 points, they'll win the prize: Kou Kibiki. Also, they will be able to group together the day after they wake up inside Heavenly Host. The title is a parody of Trans-America Ultra Quiz (アメリカ横断ウルトラクイズ, Amerika Ōdan Urutora Kuizu?).

#4; With Love, From the Heart of the School?

In the fourth chapter, With Love, From the Heart of the School? (天神小の中心で、愛をさけぶ？, Tenjin-ko no Chūshin de, Ai o Sakebu??, lit. Crying Out Love, In the Center of Heavenly Host?), Sachiko finally gets to see what she has been waiting for: a romantic comedy. The participants of the event - Naomi Nakashima, Yuka Mochida, Ayumi Shinozaki, Yui Shishido, and Tohko Kirisaki - will have to fight for Satoshi Mochida's love in different situations. The winner will get something that starts with "ki" from him. The original Japanese title is a parody of Crying Out Love, in the Center of the World (世界の中心で、愛をさけぶ, Sekai no Chūshin de, Ai o Sakebu?).

In the fifth chapter, The King and We (王様とわたしたち, Ōsama to Watashi-tachi?), Sachiko wants to try some "adult games," so she gets Shougo to organize the event. Here, Naomi, Seiko Shinohara, Naho, Sayaka, and Haruyuki will play the "King's Game;" a game where everyone will have to obey the King's orders. The title is a parody of The King and I (王様と私, Ōsama to Watashi?).

In the sixth chapter, The Ironic Chef (料理の凡人, Ryōri no Honjin?, lit. The Amateur Chef), Sachiko is feeling hungry, so she decides to start a cooking competition. The participants in the competition are Naomi, Yoshiki Kishinuma, Yuuya Kizami, Yui and Emi Urabe. While the judges are Sachiko, Satoshi, Satsuki Mizuhara, and Yoshikazu Yanagihori. The title is a parody of Iron Chef (料理の鉄人, Ryōri no Tetsujin?).

In the seventh chapter, Penitent Normies Explode! (懺悔リア充爆発しろ, Zange Ria-jū Bakuhatsu Shiro?, lit. Blow Up and Die, Penitent Normies!), Sachiko wants to become a Hollywood star. And to do that, she comes up with a perfect plan: make a film, and when it becomes hit, she'll become a star. And she will even bring Lucio Fulutin, a famous movie director, back to life... But soon, everything becomes a mess, and they need to enter in a place inside the school grounds but what is too powerful for even Sachiko to control: A place where the mysterious Book of Eibon waits to be found. The original Japanese title is a parody of Blow Up and Die, Happy People! (リア充爆発しろ, Ria-jū Bakuhatsu Shiro?).

In the eighth chapter, Farewell to You, This Day (今日の日よ、さようなら, Kyō no Hi yo, Sayōnara?, lit. Today's the Day, Farewell), Sachiko's birthday party has finally come to an end. But Sachiko has one last wish, will it be granted? Is it a miracle possible for the people trapped in Heavenly Host? The original Japanese title is a parody of Farewell for Today (今日の日はさようなら, Kyō no Hi wa Sayōnara?).

#EX; Samsara Down the River

In the extra chapter, Samsara Down the River (死線流し, Shisen Nagashi?, lit. Death Line Cruise), we learn about the two girls from St. Cruz Girls' High School, Azusa Takai and Ran Kobayashi, how they ended up in Heavenly Host and where did they first meet "Knight." The original Japanese title is a parody of Those were the Days (白線流し, Hakusen Nagashi?).

This game continues with a visual novel approach, as used previously in Corpse Party: Book of Shadows, where players are given various options and choices throughout each chapter. As in the previous games, there are a variety of bad endings that one can reach by selecting the wrong options. However, unlike most visual novels and like the previous games in the series, the player will be in control of the actions of multiple characters in the same chapter.

The vast majority of characters from the Corpse Party series prior to Corpse Party: Blood Drive appear in some sharpe or form, in addition to several compeletly new ones. 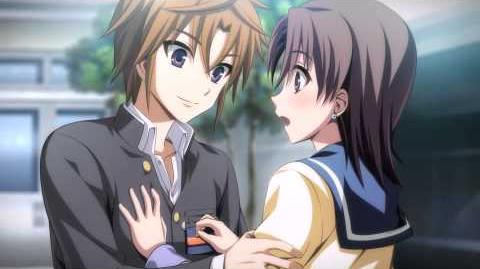 コープスパーティー -THE ANTHOLOGY- サチコの恋愛遊戯❤Hysteric Birthday 2U OP
The opening of Corpse Party 2U. 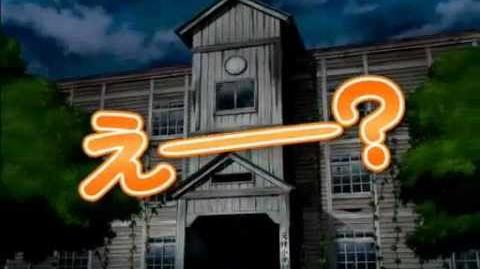 Retrieved from "https://corpseparty.fandom.com/wiki/Corpse_Party:_Sweet_Sachiko%27s_Hysteric_Birthday_Bash?oldid=86761"
Community content is available under CC-BY-SA unless otherwise noted.